skip to main | skip to sidebar

I don’t know about you, but this year has just gone by so fast. It has probably been one of my least productive stitching years to date. Life has certainly gotten in the way and I am hoping that 2012 is much more productive. I plan to make a big dent in my stash that I have, especially after looking for a piece of fabric the other day, I came across some stash I had bought earlier this year, that I totally forgotten I had bought! It was like bliss all over again! I am sure others can relate??? I think I may sit down with my stash and make a list of patterns/kits I would like to REALLY do and just tackle them one right after another, most likely by season, like right now anything to do with snowmen/winter until about mid-January and then I'll move onto Valentines, etc.. I am one of those stitchers that can only stitch one project at a time. I tried doing a rotation a couple of times and it didn't work for me. If someone has an idea for me, please let me know. I am looking forward to getting back into exchanges a bit. I am participating in Friends Through Friends again and I want to participate in some personal exchanges as well. I did some Christmas gift exchanging so..here is what I sent. I really enjoy stitching and shopping for my stitching friends. I can easily say I don’t have to think “gee…what shall I buy this person or what shall I buy that person” or what to stitch them, I know they will love whatever I send because it comes from my heart. It makes the whole gift giving so much fun! I am so tickled with the gifts I received too. Its everything I love…quoting a popular saying “its right up my alley!” I sent to Staci this: (the jars are lavender and pomergranate hand scrubs I made) 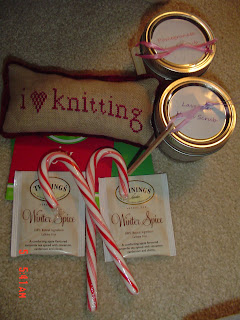 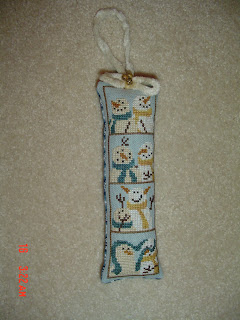 Staci also had a birthday and I sent her this: 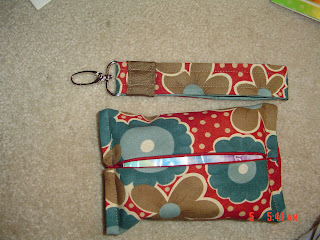 I sent this to Julie: 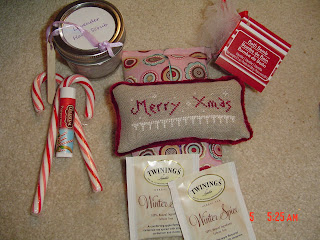 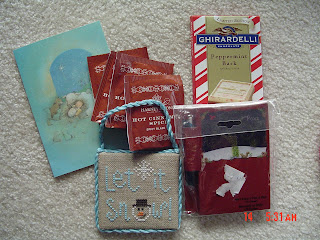 I also sent to my friend Lynne (no blog) in California. Lynne and I have been friends for years and every year I stitch her something from Lizzie Kate as that is her favorite designer. I think this may be the 12th year? I have lost track! In addition to stitching her something, I sent her some lavender hand scrub and other goodies. 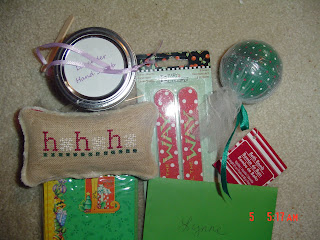 And she sent this (I have a “small” mmm {{maybe}} large obsession?? for kitchen towels!) 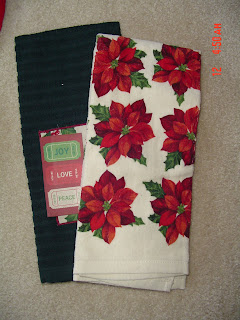 My friend Carol, no blog, in my stitch group gave me 4 of her lovely dish cloths. She is quite a knitter and has been doing an amazing amount of knitting lately and knows how much I admire her knitting so I was tickled that she gave this to me: 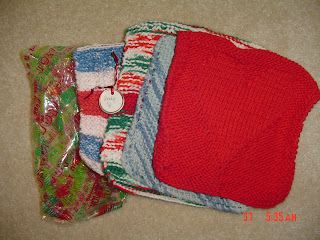 Her gift is in progress so will show a pic soon. We still don’t have any snow here in Eastern Iowa! I can’t believe I am saying that on the 30th of December! I don’t believe we have any in the forecast either. Christmas seemed alittle off because there was no snow:( I am afraid we may be in for a doosey of a snowstorm come January?? I wish everyone a Happy New Year! Thanks so much for stopping by. Happy Stitching, Wendy Jo

Where has the time gone? I really don't have much on the stitching front. Life has just gotten in the way and I had seem to have lost my stitching, e-mailing and blogging mojo there for a while. Its coming back, thank heavens because it sure feels good to stitch again and e-mailing and of course, get back to blogging. I have been doing some reading, though. I love Jodi Picoult so I have read a few of her books; Salem Falls, The Tenth Circle, Mercy, Change of Heart and then a book by Jacquelyn Mitchard called A Theory of Relativity. I have also gotten a new sewing machine that has more gadgets on it than my older one so I have been doing some more sewing. Rex and I took a trip out to Colorado in September and I got to see Staci a couple of time which was so much fun. I took her a lovely gift and here is a pic. Her anniversary was recently and I sent her a bracelet I made. They are so much fun to do and its "so Staci" and she really love it. (I failed to get a pic but she has one up on her blog). 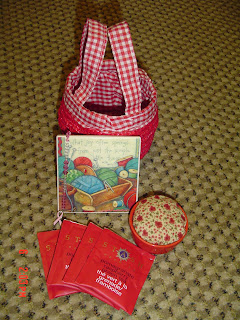 Cathy had a birthday recently and I was late in getting her package in the mail but she has received it and loves it so here's a pic of what I sent. 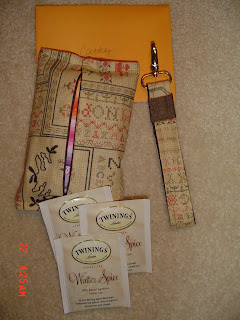 I was also thinking about my friend Joan and thought I'd pop alittle something in the mail to her "just 'cuz" and I also made one for my dear friend Paula (no blog). Both loved them too! 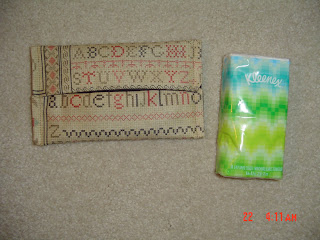 I am busy working on some Christmas gifts this week so I can get them shipped by weeks end. I hope everyone is finding some time for stitching as we close in on Christmas. I haven't gotten as much stitching done this year so I have decided I am going to rummage through my charts and make a challenge to myself that I want to get a certain number done by the end of next yea...not sure what the number will be yet, I am still deciding. But I really want to make an effort to stick with it. I have so many wonderful patterns that I really want to stitch. Well, I think I'll close for now. Thanks for stopping by. I so appreciate it very much. Happy Stitching. Wendy Jo

WendyJo
Iowa, United States
I am a domestic engineer happily married to a structural engineer with no kids and no pets. My favorite color is red and I like decorating my home in an Americana theme so I love to collect anything red, white and blue! 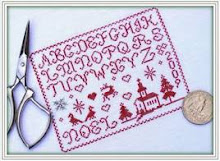 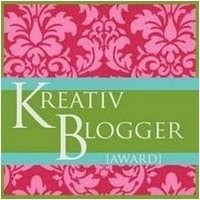